Currently studying about Medicinal Cannabis and PTSD, my true passion is writing. Writing makes each day different, researching different topics, learning more about the characters I write about.

So, why do I choose to write in the Thriller genre, instead of some of the more popular genres like Romance?

The thriller genre – well, it’s literally designed to thrill. To keep you on the edge of your

seat, to not know what happens next. And the psychological aspect is great – each character’s persona comes through, delving into detail how the characters got to the place they are at through flashbacks/memories. And even the aspect that the ending isn’t tied up nicely; instead it allows the reader to theorise what the result actually was. Could it have been this..? Or that..?

I love messing with readers’ heads a bit, lol. Not too much – just causing them to question the world around them.  Examining the psychology of the characters is fun because so much is unveiled – their flaws, their strengths.

Everything connects in with each other, even if it doesn’t appear to at first. Some 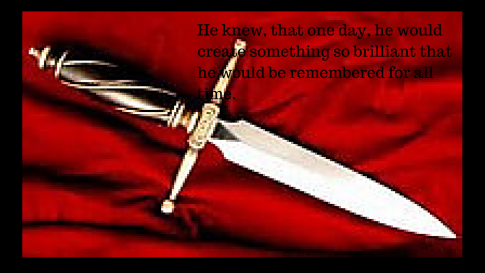 reviewers have commented that how I write can be confusing at times, as the plot keeps on going back in time. However, I do pride myself on being different. My technique of writing allows the sub-plots to go in-depth and behind the background of the characters.

I like to look at my writing as layers. Layer upon layer, little by little more is revealed, so by the end of the novel, what has happened makes sense. That is what is fun, to learn about the characters, myself included. The more I write, the more I learn about every character.

There are so many facets to my books, which is the only way I really like. Although for some they may struggle, I would hope that at least it would be memorable.

Because I studied Criminology, and covered a bit in criminal profiling; combined with Cognitive Behavioural therapy, I enjoy probing into the psyche of characters, especially those that commit murder. Serial killers usually have a very complex past, investigating that past, bringing that past to life on paper keeps me coming back to that every time. Being able to better understand what drove these real-life serial killers to what they did.

The international aspect really enables me to research about places I would love to go, and to perhaps learn about places that have deep historical roots.

So, that’s a little bit of what is going on in my head 😉 If you like the sound of what I write, you can check out my novel Initiated to Kill, and let me know what you think. I’m also looking for reviewers, and beta-readers for my second novel – The Legend Returns.

Sharlene Almond is the author of the genre-bending Annabella Cordova series, and a New Zealand travel book Journey in little Paradise. She has written a range of health, writing and body language articles; contributing as a guest writer on other blogs. Over the last ten years, Sharlene has attained qualifications in Body Language, Criminology, Journalism, Editing, Cognitive Behavioural Therapy, Pet Care, and Animal Behaviour. While setting up an online nutritional business, she is studying to specialize in Medicinal Cannabis and Post Traumatic Stress Disorder. Sharlene is also currently editing her second Annabella Cordova novel, with two others in the works. To support her online business, Sharlene sends out a trimonthly newsletter covering health, body language, writing, and even articles centered on health topics for your pet. View more posts